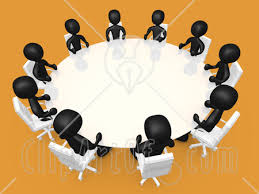 The smart, suave man walks in with an air of indifferent superiority. Earphones dangling from his ears, one look at the food on offer is sufficient for him to know that “Tonight’s NOT gonna be a good night” after all… (Contrary to THE BLACK EYED PEAS’s beliefs). Instead, he turns around and walks nonchalantly to the adjoining room. Fifty-five pairs of eyes look up in admiration. In a swift, sweeping glance he locates an empty seat at the head of the table and makes himself comfortable. He is greeted with hearty fist-pumps, as is the welcoming gesture of THE ORDER OF ELITES, his brethren. In a voice bordering as much on candour as on disappointment (of an empty stomach), he says, “So guys, what’s up”??? And therein, begins the MESS TABLE CONFERENCE…..

You might be wondering what all this BROTHERHOOD stuff is about. Even more likely, you might be tempted to join the fraternity (you have to agree, the preamble is really cool and enigmatic). Don’t fret, the MESS TABLE CONFERENCES are just useless, time-pass 45-minute chat sessions of a group of guys who have absolutely nothing better to do during the said time period. Of late, these have become a sort of a daily ritual at IITGn, mainly because…well, the reason’s out in the open: they’ve got nothing else to do. The key feature of these conferences is the plethora of nonsensical, unrelated topics that are covered during the aforementioned 45 minutes. Given below are some of them:

Someone might start with how a particular professor did not give him his rightful half-mark and how he (the student) went to great lengths to snatch it from him, only for it to turn into an exercise of utter futility. The ORDER quickly identifies this student as a cry-baby and cuts him off from future conversations. Someone might comment on the barrage of BBM pins flooding the internet and whether they should replace UID (or DNA for that matter) as proof of identity. “The flow of topics involved”, notes one of the brethren, “is wonderfully stochastic and would really have made Robert Brown (first observer of Brownian Motion, for the uninitiated) proud.”

The newest feature of these conferences has been the PPP…..PPPJ section. The ORDER has created a series of extremely sick and wanting-to-puke-in-you-face jokes that have become a salient feature of these CONFERENCES. Notable among them are “The Failed Businessman” and “Scotland Yard”. The sheer pathetic energy of these jokes can be gauged from the fact that an innocent bystander was driven into insane hysteria, when he overheard “The Failed Businessman”. Last we heard of him, he was slowly recovering from a traumatic coma.

After everyone else has left the room, THE ORDER gets up, one member at a time, takes one last look at the clock and walks into the inky, black darkness and all that’s left behind are sounds of raucous laughter and the unmistakable voice of SILENCE….